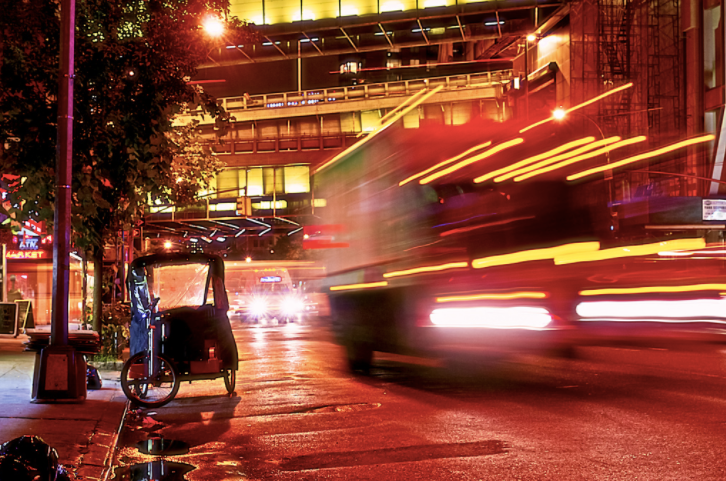 Anyone who asked me why I moved to New York a year ago was setting themselves up for a disappointing, half-hearted answer. Why does anyone move to New York City after college? Don’t we all have the same, jumbled mesh of idealizations of what this city means? And more importantly, what it says about us because we want to live there?

Like all of my major life decisions, moving to New York was a half-hearted, barely-thought-out, barely-planned choice of mine. 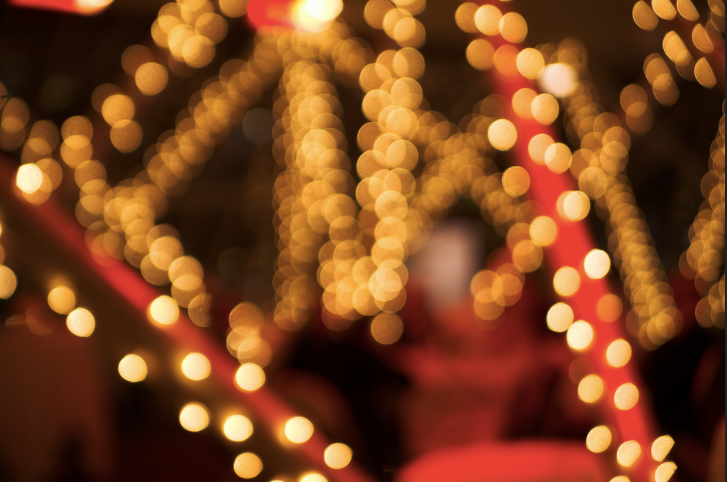 Why did I do it? Why not? I had graduated from college and had decided not to go to grad school yet, so everything else was on the table. Sure, everyone said New York was hard, but anything that wasn’t school sounded hard to me. Why not do the thing that eleven-year-old me had always dreamed I would do? Why not try living in New York and see what life I could make for myself?

So I moved. I had the typical just-moved-to-New-York story of strife that anyone in my situation could be expected to have. It wasn’t rosy, it wasn’t like a fairy tale, it wasn’t even a romantic bohemian lifestyle. 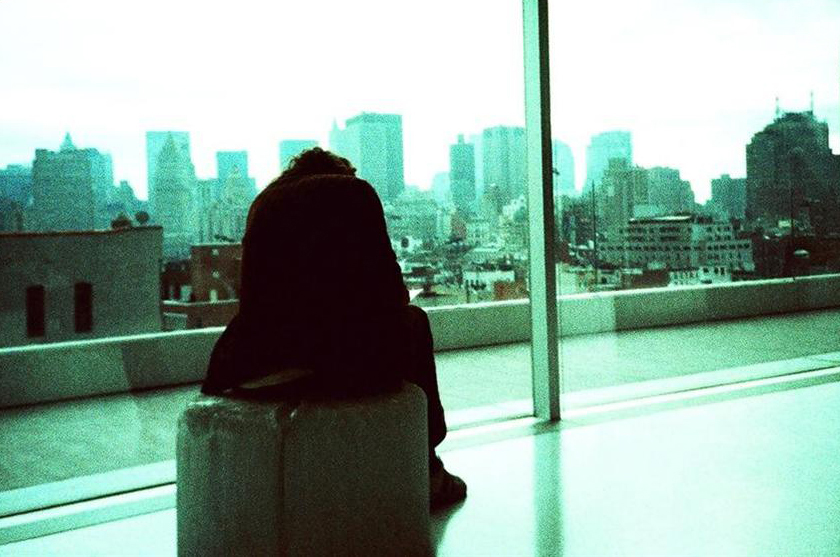 It was dirty and sad and depressed. I moved into a room in Sunset Park (with a wonderful roommate) and for months slept on a mattress on the floor with half of my stuff in a box. The other half was in a suitcase, which I lived out of for nearly an entire year. I hung nothing on the walls, but I had a view of the park–The Sunset Park–right outside of my window, and the giant sycamore trees were a constant source of calm and reassurance for me when things felt pointless and all I wanted to do was curl up in my mattress on the floor.

I had visited New York enough times that it wasn’t all that it was made out to be in movies and TV, but I still had a hard enough time adjusting to the constant streams of concrete after having gone to school on a lush campus nestled against the mountains. The trash was new. The smells were new. The constant waves of people–but I was used to people. 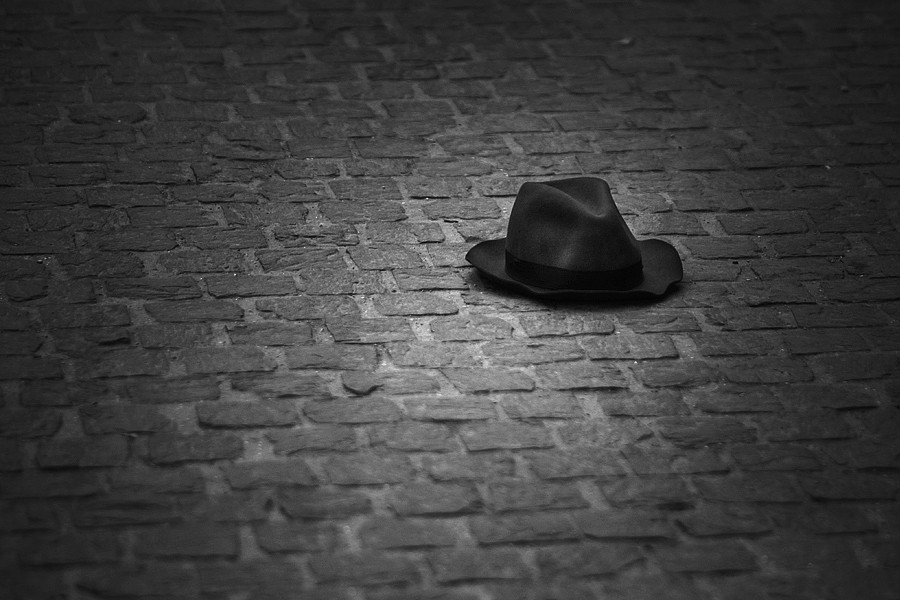 When I think about the first few months I moved to New York, I call it my “dark time.” It was the time when I had trouble getting out of bed. Trouble feeling like I had any purpose. Like I wasn’t worth anything because all my energy was spent just getting through another day. Because I had thought of myself as a creator and suddenly I was producing zero content. And as anyone who moves to New York knows, you have to deal with the calls from home, the conversations with friends and family eagerly asking how you’re doing, how the city is–”Do you love it?” and navigating a thin line between being honest and not worrying them.

What got me through the dark time? How did I manage when I spent half of my time at an internship and then a low-paying job in the center of midtown–the sphincter of Manhattan, as I like to call it? Where did I manage to find the will to keep trying, to keep living in this city that clearly didn’t need me?

It was in a place that I found myself passing by every day that–every time–managed to stir something in me, to make me feel something like peace or happiness. It was Sunset Park, that haven of South Brooklyn, that paradise on a hill. 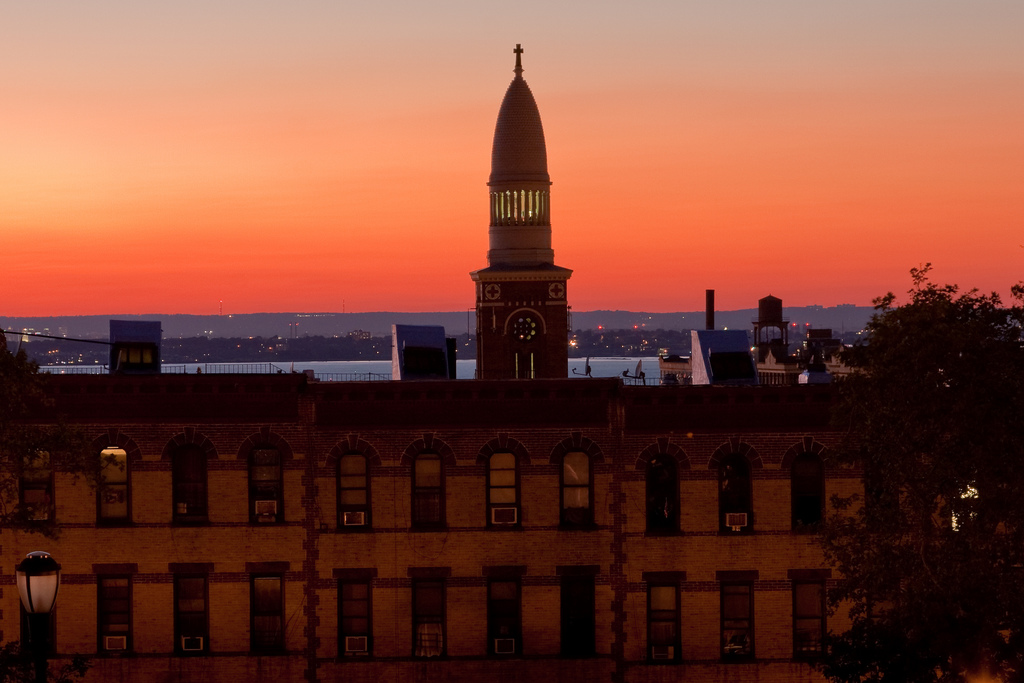 When my mother helped me move into my room, we walked across the street and to the center of the park to see the view of the Lower Manhattan skyline. And it does not disappoint. On one side you see the skyline against the glittering water–the deceptive elegance of the East River–and just a bit to the left you can see the statue of liberty. At a safe distance, Manhattan manages to look beautiful.

At any time of the day you will find a fantastic cast of characters in that park. The dancing ladies moving to their jukeboxes, the older men and women doing tai chi alone in the grass, groups of people sitting and talking under the Sycamore trees, people walking their dogs, children constantly running and rolling around on bikes and scooters and strollers, people playing volleyball, basketball, soccer; it’s heaven, especially for a depressed twenty-something who just moved to the city and has a tendency to get stuck in her own self-obsessed head. 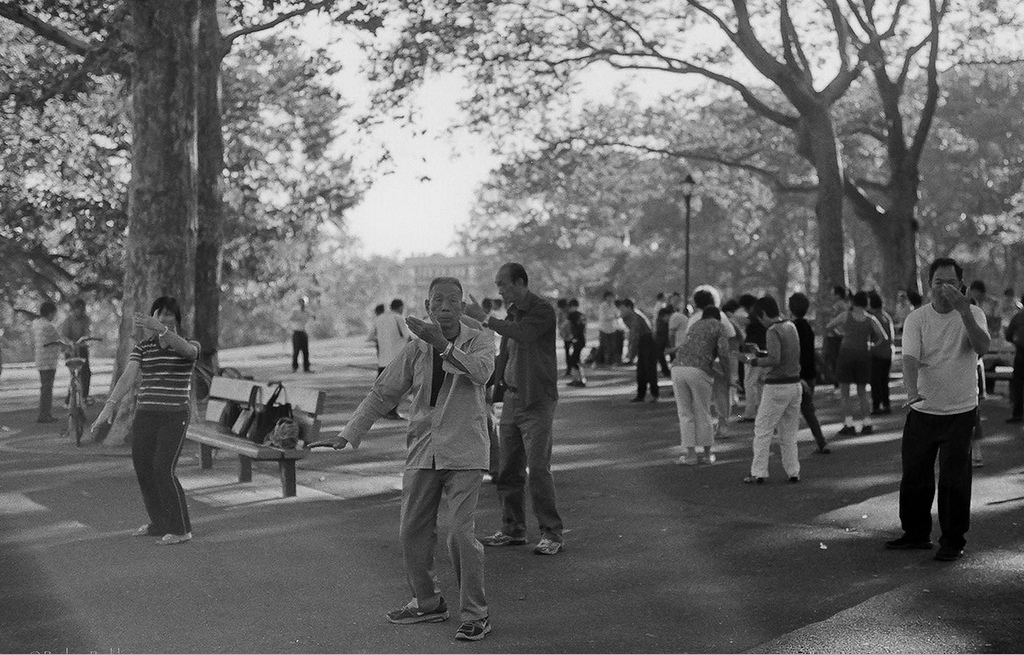 With the Latinx neighborhoods at the bottom of the hill and Brooklyn’s Chinatown at the top, you see entire families, people of all generations; and if you are white or white-looking and only speak English, you are in the minority.

Living across from the park meant waking up on a number of mornings to music: someone’s reggaeton blasting from their car, an impromptu Erhu concert, someone playing drums, a band playing live for an all-out birthday party, decked out with streamers, balloons, and a full buffet.

Of course I feel guilty even now just writing about it. I know that I am part of the wave of young gentrifiers trickling into the neighborhood. But I don’t want to leave. I don’t want to pick up and abandon the place, leaving higher rent prices behind me, because of what it has given me. 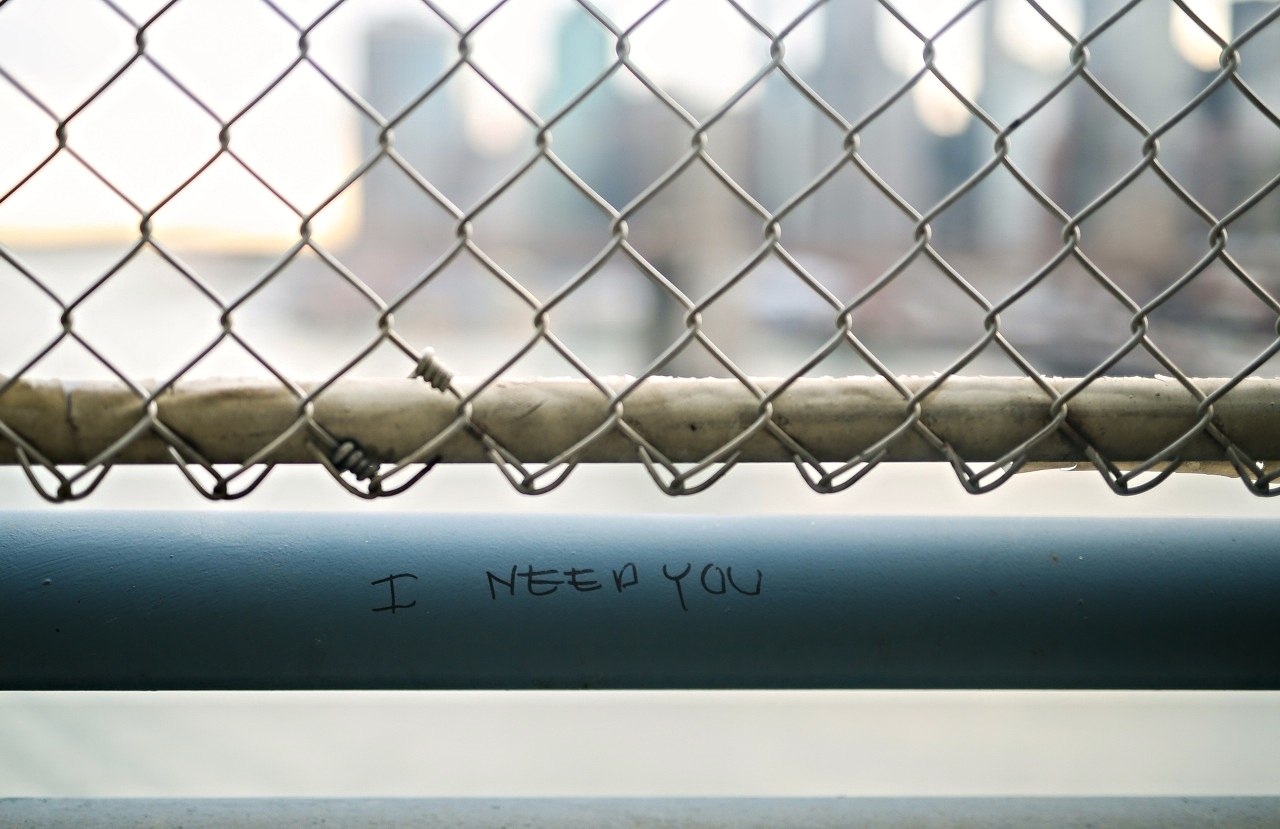 If there’s anything to give you a sense of hope when you feel yourself being swallowed up by a new city, it’s living in this kind of place, a place that brings all kinds of people together, where you don’t quite belong but you don’t feel rejected either. Where you can get amazing tacos and dumplings, where you can witness the pure joy of children running around, and where you can–true to its name–catch an incredible sunset.

For me, the best part about watching the sunset from the hill is not just the brilliance of the colors, the romantic image of the sun descending into the water–it’s watching the skyline transform, watching the colors play off the buildings and slowly morph from a wash of pinks and oranges into a glittering mass as the lights of the city come on. 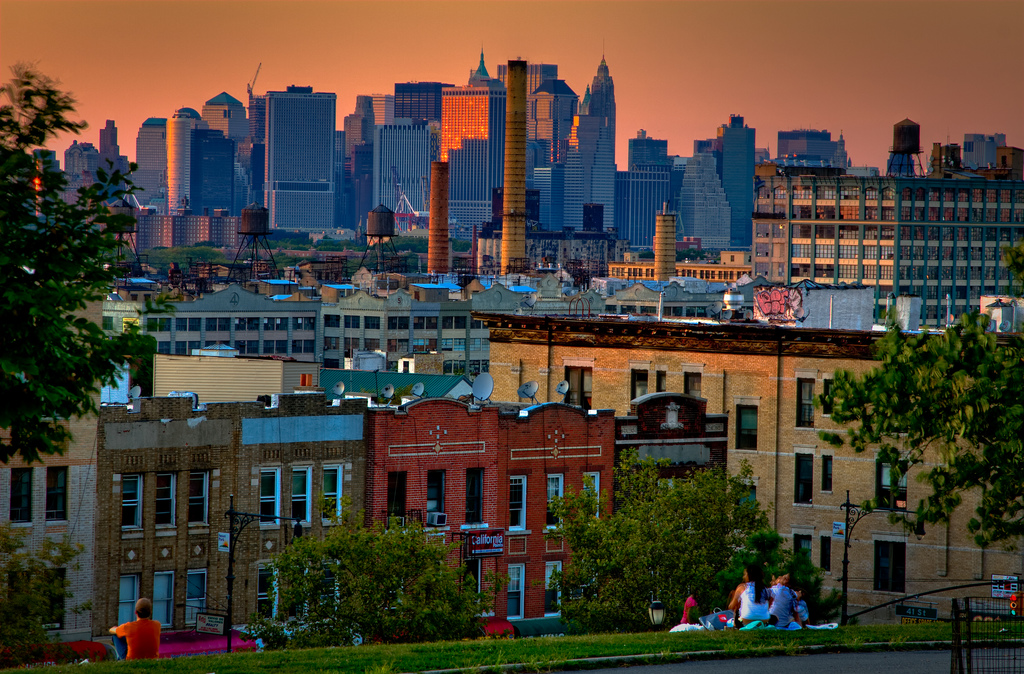 Watching the sun go down and the lights come up like that, it gives you a glimpse as to why people come to this city, why they often find themselves unable to leave. Moments like that are like hooks sliding under your skin and lodging themselves there. And as unhappy as I was in my dark time, I couldn’t let go of that view.

New York is full of new, fascinating, stunning things to see. Even a noob like me who’s only been here a year feels like nothing can surprise me anymore. But there are places in this city that are arresting no matter how many times you see them. For me, Sunset Park is one of those places, the place that, in my darkest time, gave me brilliant sunsets and glittering lights.

Tell them I sent you: