How four friends found a common bond in the quest for a delicious pastry.

In 2013, Dominique Ansel, inspired by the pastry gods, invented the Cronut®. A flawless franken-pastry mashup of a doughnut and croissant, filled with a flavored cream.

Word got out quick and the Cronut trend EXPLODED.

While there are imposters in the world who play the game fairly well, nothing will compare to an officially trademarked Cronut® from Dominque Ansel’s pristine bakery.

The day after the election three friends and I were hanging out discussing the world, the post election environment we now lived in, and the very important debate of the best doughnuts in New York City.

There was a jaw dropping moment when one of my friends could not believe that I had not had a Cronut.

He’s the only person who’s love for doughnuts rivals mine – and his amazing doughnut tattoo officially won him the title. It’s true, I had to admit, I hadn’t had a Cronut and felt a mission was given to me in that moment.

It was immediately decided we’d go to Dominique Ansel’s bakery by 7:45AM before work that Friday morning. Mind you, the bakery doesn’t open till 8AM.

While the popularity of this delicious creation has died down a bit, it’s still popular enough to garner long lines before opening on weekdays, and even longer on the weekends. It’s also popular enough to be the butt of an extended joke on the new Gilmore girls Netflix reboot. 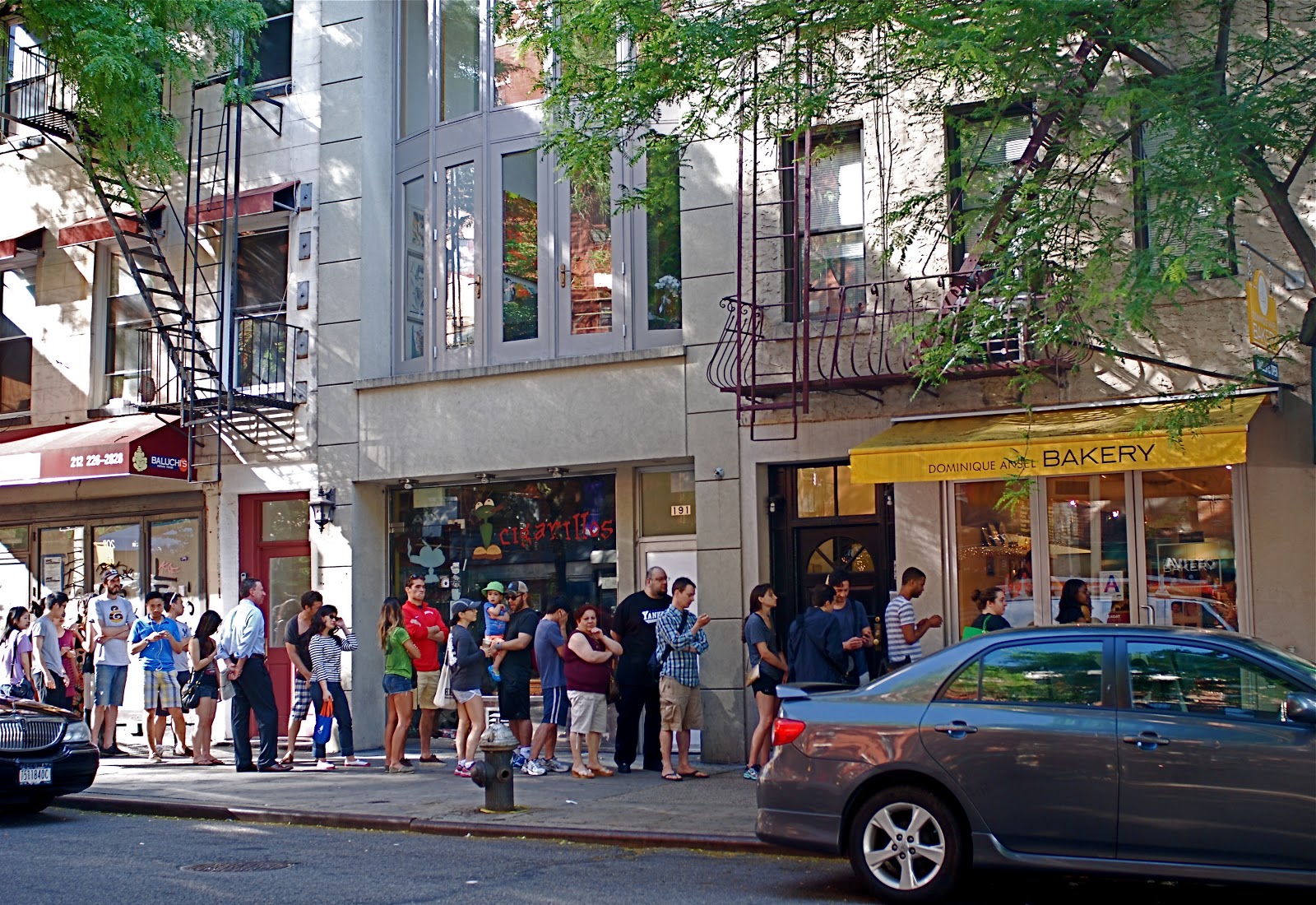 After waiting in line for ten minutes or so we were greeted by girl from the bakery, who told everyone waiting in line both the story of the Cronut and the instructions for what to do once they opened. The line would move into the store in batches, and everyone was allowed to purchase two, and only two Cronuts. Their rule was, “if you’re old enough to eat a Cronut, you’re old enough to buy a Cronut.” I then felt jealous of anyone who had kids, thus multiplying their Cronut acquiring ability! If there was any doubt about how many Cronuts we each purchased, let me reassure you we didn’t let the opportunity go to waste and each purchased two. One to eat immediately, and for me, one to have a surprise breakfast the next day when I forgot I had purchased two! And it was still the best!

The last part of the pre-Cronut talk included information about the FLAVOR OF THE MONTH. This was a complete surprise to me. A beautiful surprise. Part of why I hadn’t pursued the Cronut sooner was the thought that it was basically a flakier, more delicious doughnut.

I had no idea about the FLAVORS. The flavor for November was a Roasted Pecan and Maple Caramel Cronut with Allspice Salted Sugar. 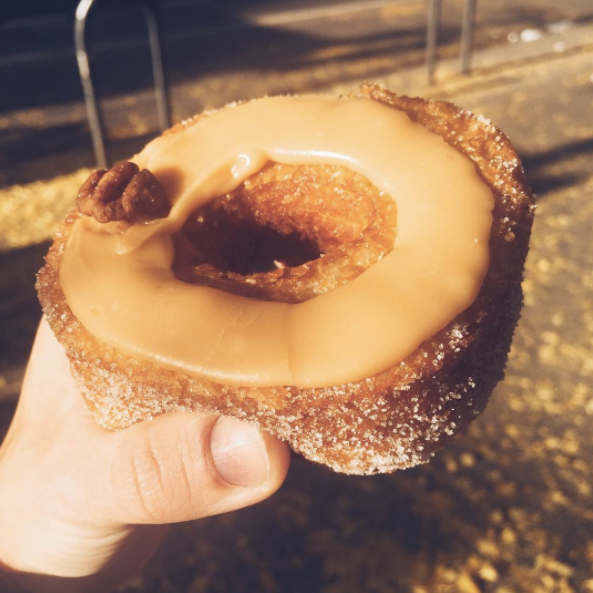 It was just about every wonderful fall flavor combined. When it was announced, our anticipation exploded, it felt like we had just won the lotto. Not only is the Cronut flavored, they have a new flavor every month – and they have NEVER repeated a flavor in the three years of the god given pastry’s existence. Theoretically, you can go once a month and have a completely new experience. EVERY. TIME.

When we finally acquired our Cronuts, just four days after the election, my coworker/best gal pal turned to me and said “this is the universe telling us everything will be ok.”

After finally tasting the Cronut myself, I completely agreed.

The bond over Cronuts gave my three friends and I a new mission together, forming what I’ll now refer to as the doughnut brigade. Four people getting through life, surviving the city, and seeking out the city’s best doughnuts one day at a time. No doughnut left behind.

Have your Cronut and eat two, too!

Caroline has also written about a cool secret underground spot in NYC.

An ARDUOUS Hungover Trek to My Bronx Hangover Cure