Belonging in Barcelona: Two Cups of Cortado at Cafè Cometa

When I travel abroad, I never like to go to the same place twice. My style of travel is whirlwind – like 11 cities in 14 days kind of whirlwind. I spend so little time in each location that even if I have eaten a piece of chocolate cake that changed my life from the best coffee shop in the world, if I go back I’m afraid I might miss an even more life altering piece of cake at the place around the corner. I broke this habit my second day in Barcelona, Spain at Cafè Cometa and declared myself a local within 48 hours.

Touching down I felt like a foreigner. I didn’t know what to expect, I had never been to Spain or any Spanish speaking country and wasn’t too confident that my one semester of sixth grade Spanish would do me much good. (By the way the people in Spain are the nicest people in the world — I was told I spoke great Spanish after saying “muy poquito español” and “vino rosso por favor” at the tapas bars.)

I don’t mind feeling uncomfortable when traveling because I love the feeling of breaking through and finding hidden gems that the “touristy tourists” can’t.

Luckily my fiancé feels the same way, so with him by my side we were ready for adventure. We stayed in the Sant Antoni neighborhood best known for it’s enormous food market (not a coincidence) – Mercat Sant Antoni.

But after a busy airport, flight, figuring out the subway system and communicating with our Airbnb host, our first stop had to be coffee. Trusty travel companion that my fiancé is, he had an entire map of coffee shops in every neighborhood we planned to hit up (whirlwind travel only works by staying caffeinated). We picked one of the two nearby dots on the map knowing that we would try the other one the next morning.

We walked into Cafè Cometa – a brightly lit, modern but somehow still cozy space with eclectic and colorful art covering the walls. 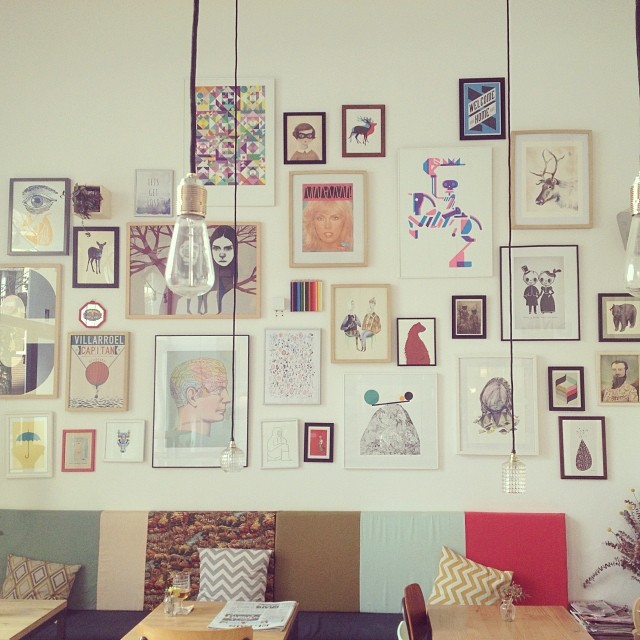 The booths, the pillows and the boldly colored chairs all matched the vibe put forth by the art. Even the crazy mismatched lighting fixtures added to the funky yet cozy atmosphere. I felt relaxed for the first time since we landed in the country as I ordered “dos cortados por favor” – that sixth grade Spanish really coming in handy.

The cortado was what every other cortado I had ever had was trying to be. It drew me in aesthetically in its perfect mini cup and saucer with a tiny spoon and packet of sugar balancing by its side, and was finished off with the foam heart on top that wasn’t trying to be too fancy but gave the impression that these guys knew what they were doing.

It had the perfect temperature, ratio of coffee to milk, and tasted familiar and new all at the same time. 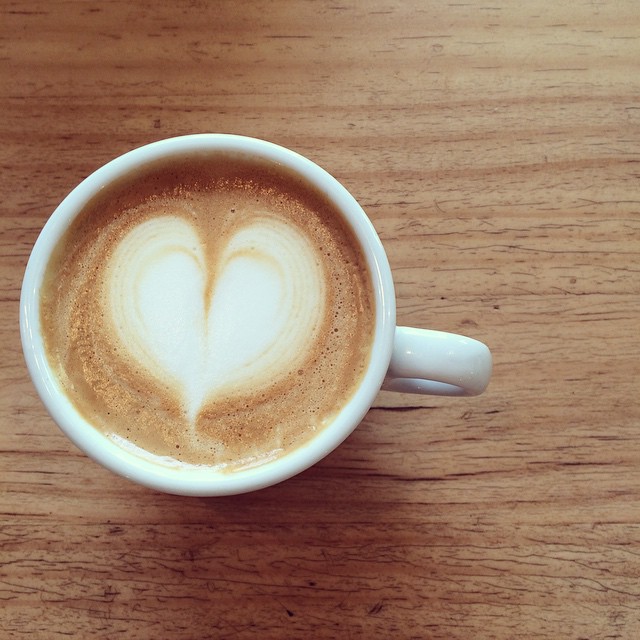 We sat on stools by the front windows and watched Sant Antoni wake up from its siesta. We sipped and got ready to join them fully caffeinated and awake.

The next morning whatever that other coffee shop had been didn’t stand a chance. In the ten minutes we occupied those stools at Cafè Cometa the previous afternoon, it had become “our” coffee shop. As we set out to explore Mercat Sant Antoni, I did something that I never do outside my neighborhood in Brooklyn – repeated an exact order at the same establishment. A nod of recognition from the same two baristas as the night before, we were regulars now, and another cortado made me ready to tackle that market like the Spanish chef that lived inside me.

I have to admit to a fair amount of intimidation entering the expansive, bustling, fishy smelling and loud market, but hey – if I could become a regular at a coffee shop I could handle it. 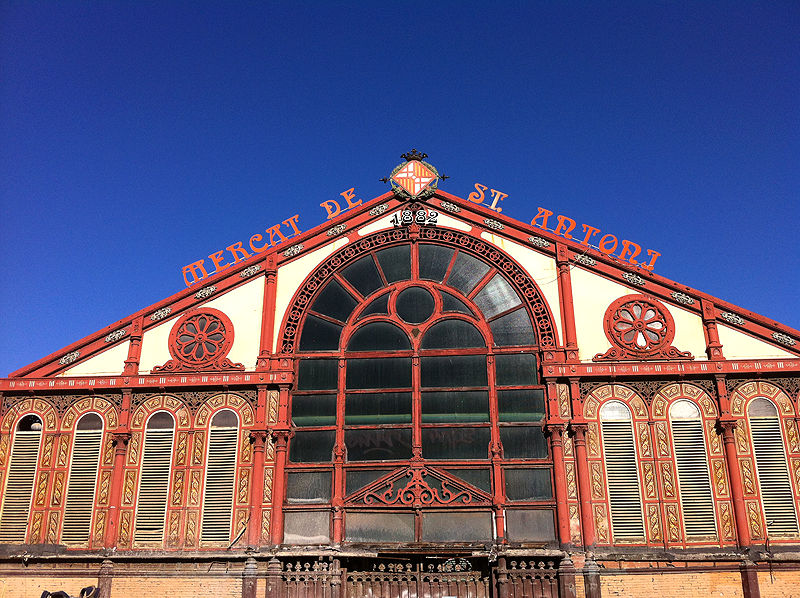 I didn’t know the Spanish word for olives, but came away with a bag of olives. I didn’t know what I was pointing to when I ordered a handful of giant prawns, but they turned out to be delicious. I think I accomplished sampling some local cheese through my gesturing and spitting out the phrase “queso de aquí.”

Sure, I came away with enough food to feed six instead of the two of us in our Airbnb kitchen, but overall it was a successful trip.

My cortado fueled confidence didn’t stop at brunch. That evening, from the array of tapas bars marked on our map, we decided on La Bodega d’en Rafel – a bar so local that even my miniscule Spanish skills didn’t help because they spoke Catalán.  The tiny TV playing fútbol in the corner that drew the eyes of the old Spanish men that made up 90% of the clientele and the man dipping potato chips in his glass of Cava also gave it that local flair.

Later we made it to a local Rumba show at a venue we almost couldn’t find called Heliogàbal, and watched the members of Lo Gitano Blanc kill it with their music while every other human in the small and packed venue sang along to words we could never guess at.  The dancing and cheering made me feel like part of the community . This whirlwind day truly felt like the perfect travel experience and it all started with that repeat cortado at Cafè Cometa.

Leah has also written about (quite literally) eating her way around-the-world in Queens.

Drugs, Dank and Dance: Raging in 29 Years of Age In Philly